Convergence: Up Close and Personal
David B. Nash, MD, MBA
September 2022 Vol 15, No 3 in Editorial

A Sylvatic or Syncretic Approach to Healthcare Innovation?
David B. Nash, MD, MBA
June 2022 Vol 15, No 2 in Editorial

A Hollywood-Style Teachable Moment
David B. Nash, MD, MBA
March 2022 Vol 15, No 1 - Online Only in Editorial 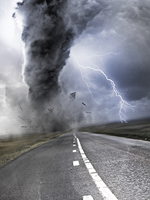