The Race to Open Enrollment: Critical Success Factors for Exchanges

With less than 4 months until the start of open enrollment for health insurance exchanges, health plans, policymakers, and consumer groups are rushing to finalize plans for these new marketplaces. The stakes are high for the centerpiece of the Affordable Care Act’s (ACA) coverage expansion. Avalere Health estimates that exchanges will enroll 8 million individuals and families in 2014, growing to 26 million in the next decade. Millions of chronically ill individuals who to date have had limited access to insurance, wait anxiously for coverage to begin on January 1. But, to create a successful market for the long-term, exchanges will need to attract healthier individuals with a range of plan options that are sold at competitive prices.

Key Factors to Achieving Success
Over the next few months, the viability of exchange markets will hinge on 3 critical success factors: 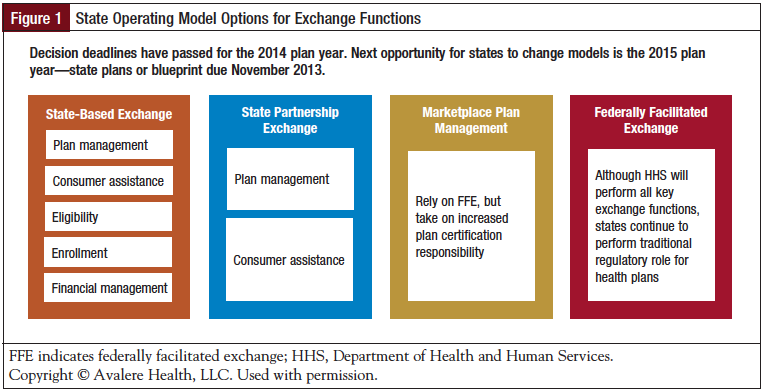 Furthermore, although individual mandate penalties will raise awareness of the requirement to maintain health insurance coverage, the initial penalties are low, and taxpayers may not realize that they are subject to the penalty until April 2015 (after the end of the 2014 open enrollment period). Clearly, state and federal governments and private stakeholders face a daunting challenge to educate the public about their new coverage options and about how exchanges will impact them.

Exchange Navigators
Over the next several months, the government will launch a marketing campaign about the exchanges and will rely on navigators. Navigators will be hired to educate individuals about exchanges and to facilitate their subsidy application and plan selection process. But, limited funding—the federal government has awarded $54 million in grants for navigators and has awarded an $8 million contract for marketing—could stymie widespread outreach efforts. Instead, health plans, consumer advocates, providers, and other healthcare stakeholders will play a crucial role in raising awareness about exchanges, particularly for people with low healthcare needs.

Conclusion
Exchanges are positioned to be the most important tool for achieving the insurance coverage goals set forth in the ACA, and success of the law depends on the viability of these new markets. Exchanges have the potential to extend coverage to millions of people who today cannot access health insurance in the dysfunctional individual market. As we anticipate the impact of exchanges in 2014 and beyond, success will depend on plan choice, competitive cost, and diverse consumers.

Author Disclosure Statement
Ms Pearson has no conflicts of interest to report.