The Era of Personalized Medicine in Oncology: Novel Biomarkers Ushering in New Approaches to Cancer Therapy 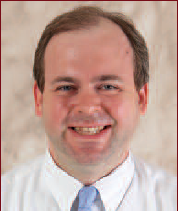 It is next to impossible for a day to go by without thinking about the contributions of personalized medicine to the care of patients living with cancer. Whether we are treating a newly diagnosed patient with HER2/neu-positive breast cancer using trastuzumab, or using erlotinib in the management of a patient with non–small-cell lung cancer (NSCLC) whose tumor harbors specific mutations in the epidermal growth factor receptor genes, individualizing therapy based on molecular biology and genetic testing has become commonplace in contemporary oncology practice.

Yet, as our knowledge of cancer biology continues to increase exponentially, we now find ourselves on the brink of where discovery and clinical practice collide, permanently changing the future of cancer medicine by altering the way we think not only about cancer therapy but also about cancer classification.

In August 2011, the US Food and Drug Administration (FDA) approved 3 novel targeted therapies for patients with cancer. Although the availability of new drugs is often enough to generate attention among healthcare providers and patients with cancer alike, what is unique, in this case, is the simultaneous approval of 2 of these new drugs—crizotinib (Xalkori) and vemurafenib (Zelboraf)—with companion molecular assays, representing a potential paradigm shift in the FDA’s approach to new, niche, biomarker-guided therapies. The specificity of each of these drugs for discrete, and somewhat uncommon, molecular targets will undoubtedly change the way we approach the management of patients for which these new therapies may be indicated. Crizotinib is a first-in-class oral anaplastic lymphoma kinase (ALK) inhibitor indicated for the management of locally advanced or metastatic NSCLC. Mutations or translocations within the ALK gene, which are found in only 3% to 5% of all NSCLCs, give rise to the overexpression of the fusion protein EML4-ALK, ultimately resulting in the constitutive activation of the Ras/MAP kinase pathway.

When aberrantly activated, this signaling pathway is known to fuel cancer growth by promoting cell proliferation and survival. 1 Before prescribing crizotinib therapy to a patient, providers must first ensure that the patient is ALK-positive by using the concurrently approved molecular assay known as the Vysis ALK Break-Apart FISH Probe Kit. This test uses fluorescence in situ hybridization technology to detect gene rearrangements within the 2p23 chromosome that indicate that a patient may derive benefit from treatment with crizotinib.

For the small percentage of patients with NSCLC and the appropriate ALK mutations, the efficacy of crizotinib demonstrated in clinical trials suggests that this drug may be a valuable addition to our arsenal of available treatment options. The FDA granted crizotinib accelerated approval after the completion of 2 early-phase studies that enrolled a total of 255 patients (94% had received previous treatment).2

A phase 1 study demonstrated a 57% overall response rate (complete plus partial responses) and a 72% progression- free survival (PFS) at 6 months.3 Results from the phase 2 PROFILE 1005 trial confirmed similar findings, with an objective response rate of 61% and median response duration of 48 weeks.3 Furthermore, crizotinib appears to be well tolerated, with vision disorders (occurring in 62% of patients), nausea (53%), diarrhea (43%), vomiting (40%), edema (28%), and constipation (27%) representing the most common adverse events.4

In view of the poor prognosis of patients with metastatic melanoma and the relative lack of therapies offering improved survival outcomes, the approval of vemurafenib represents a significant achievement for the role of personalized medicine in this deadly disease state. Mechanistically, vemurafenib is an inhibitor of the BRAF V600E mutation found in approximately 40% to 60% of all patients with cutaneous melanomas.

Much like the ALK mutations in NSCLC, these BRAF V600E mutations result in the activation of the MAP kinase pathway, thereby promoting tumor growth However, it should be noted that vemurafenib has no activity in patients with the wild-type BRAF, so patients must be screened by using the companion cobas 4800 BRAF V600 Mutation Test, which was concurrently approved by the FDA.

The phase 3 BRAF Inhibitor in Melanoma (BRIM) 3 trial compared vemurafenib with dacarbazine, a standard of care for patients with metastatic melanoma.5 With a primary end point of overall survival at 6 months, the BRIM 3 study demonstrated a significant improvement in favor of vemurafenib (84% vs 64% with dacarbazine). PFS was also more favorable with vemurafenib than with dacarbazine (5.3 months vs 1.6 months, respectively).5 Vemurafenib was well tolerated, with rash, arthralgia, and fatigue reported as the most common adverse events.5

Undoubtedly, the availability of vemurafenib and ipilimumab (a CTLA-4 targeted monoclonal antibody approved by the FDA in March 2011) represents a major stride in our understanding of the molecular basis of stage IV melanoma, for which the median survival has historically been only 8 to 18 months.6

Brentuximab vedotin (Adcetris)—the third new drug approved in August—not only offers new hope to patients with Hodgkin lymphoma who have previously failed autologous stem-cell transplant (ASCT) therapy or who are not candidates for ASCT after failing previous Hodgkin lymphoma therapy, but it may also help to reignite a debate regarding a new way of classifying malignant diseases based on underlying molecular abnormalities rather than the traditionally used organ-based system of origin.

It has been well documented that CD30 is expressed on a subset of Reed-Sternberg cells found in Hodgkin lymphoma and anaplastic large-cell lymphomas (which is also an FDA-approved indication for brentuximab), some T-cell lymphomas, and some B-cell non-Hodgkin lymphomas. Brentuximab vedotin combines a CD30- targeted monoclonal antibody with the antitubulin compound monomethyl auristatin E to form a potent novel drug capable of inducing apoptosis by inhibiting the cell cycle in the G2/M phase.7

In the Hodgkin lymphoma study, the overall response rate was 73%, with an astounding 32% of patients achieving a complete response. These results are especially significant in view of the historically poor prognosis observed in patients with Hodgkin lymphoma who failed ASCT.8

A new clinical trial will attempt to screen for CD30 positivity among patients with metastatic solid tumors who are running out of treatment options. Patients confirmed as CD30-positive will be treated with brentuximab in the experimental setting to assess disease response.9

This idea of evaluating malignancies for commonly expressed molecular biomarkers and treating those patients with similar therapeutic approaches is not new. In a 1999 article published in Science, Golub and colleagues attempted to challenge our thinking of oncology practice by suggesting just such a molecular classification system.10

With 32 targeted therapies currently approved by the FDA for patients with cancer, and with, arguably, hundreds more in various stages of development, is it possible that we have entered the era of molecular classification of cancer? Is it possible that the historic nomenclature of breast cancer, lung cancer, pancreatic cancer, and so on, has become an outdated system of thinking that will be toppled by a new system in which malignancies will be thought about, classified, and treated according to their biomarkers (eg, CD30, ALK, mTOR, KRAS)?

It is reasonable to believe that the onslaught of new knowledge of cancer biology and the development of targeted therapies has begun a revolution in cancer medicine that will ultimately result in a totally new way of thinking about cancer and usher in a new era of personalized cancer medicine.