Patients are more willing than their oncologists to discuss the cost of cancer care, according to a recent survey of patients with cancer. 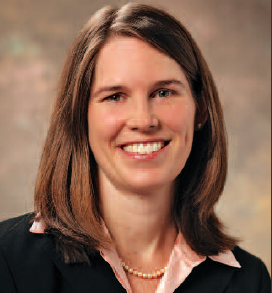 Discussion of cost has been promoted as a way to decrease spending on cancer care, and although oncologists recognize the importance of cost discussions, many are uncomfortable and ill-equipped to initiate them, according to Erin W. Hofstatter, MD, Assistant Professor of Medicine in Medical Oncology, Yale Cancer Center, New Haven, who presented the survey results. In previous surveys, only 36% of oncologists reported feeling comfortable discussing cost with their patients. “I’m not sure that fellows in general receive much training about how to talk to patients about the topic. As a result of that, oncologists even 10 to 20 years in practice aren’t used to talking about it,” said Dr Hofstatter.

She and colleagues surveyed 256 patients from an academic ambulatory clinic in Massachusetts. Approx -imately two thirds (63%) were female, and 87% were white; 65% had private or employer-based insurance coverage, and 24% had Medicare with supplemental coverage.

A total of 59% of the patients indicated that they would like their doctor to discuss out-of-pocket (OOP) costs related to recommended cancer tests and treatments, and 78% said that they were comfortable talking about the cost of cancer care with their doctor.

The respondents were divided when they were asked if they would prefer to discuss the cost of cancer care with someone other than their doctor (eg, practice coordinator): 30% indicated a preference or strong preference, 44% indicated no preference, and 23% said that they would not prefer such an option.

More than two thirds (68%) indicated that they agreed or strongly agreed with the statement, “I prefer to know about the out-of-pocket costs for my treatment before I am treated,” whereas 36% either disagreed or strongly disagreed, and 45% neither agreed nor disagreed.

If patients aren’t receiving cost information from their oncologists, where do they go for such information? “I think it’s variable,” said Dr Bullock. “It depends on the size of the practice and if they have other resources…care managers, case managers, financial assistants available. I suspect that in a lot of practices there aren’t resources.”

Dr Hofstatter noted, “To translate the research, it’s telling us that oncologists need to have better training in how to talk about it, and what their resources are. This study did suggest that there is a role for a third party to talk about finances with patients…to address oncologists’ discomfort.”

The survey stemmed from cost-of care guidelines that ASCO published in 2009, which suggested that a potential method to curb costs is to raise the issue with patients, indicated Dr Hofstatter. “To be honest, a lot of doctors and a lot of patients don’t have any idea how much money they’re spending,” she said. “I’m not really sure that patients understand the value they’re getting for their money. It’s difficult because if you start talking about value, that leads to a discussion about prognosis, which can be very difficult.”