Impact of 2 Copay Waivers in a Generic Incentive Program

Generic copay incentive programs, which incentivize users of brand-name medications to choose lower-cost generic medications, have gained popularity among pharmacy plan sponsors. Strategies such as these result in a reduction of overall pharmacy costs and a change in plan member behavior.

The goals of this study were to evaluate the impact of a generic copay incentive program on State Farm plan members and to compare the effect on the generic dispensing rate (GDR) for 1 versus 2 generic copay waivers provided by mail.

As an incentive to improve GDR and reduce members' costs, State Farm offered 2 generic copay waivers to their members who use brand-name medications in 52 therapeutic classes. An ongoing process identified brand-name users to receive communications by mail, advising them of the benefits of choosing generic medications.

Targeted brand-name users were given a 6-month period in which to change to a recommended generic medication and receive up to 2 generic copay waivers. These waivers for targeted members were proactively installed in the CVS Caremark benefit system to avoid the need for physical coupons, and to make it easier for members to take advantage of the offer.

The waiver observation period selected for this study was 18 months after the generic copay incentive program began, plus 4 months of trailing claims, for a total of 22 months. Two measures of GDR were evaluated during the study: 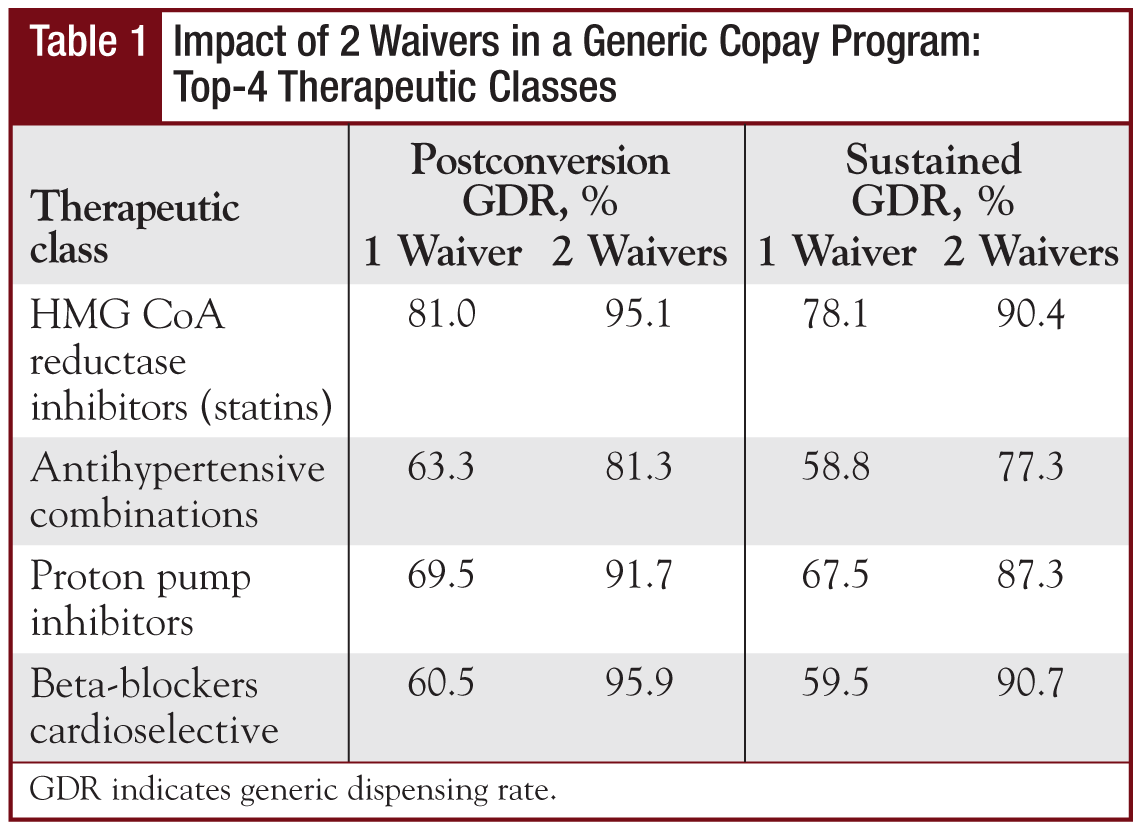 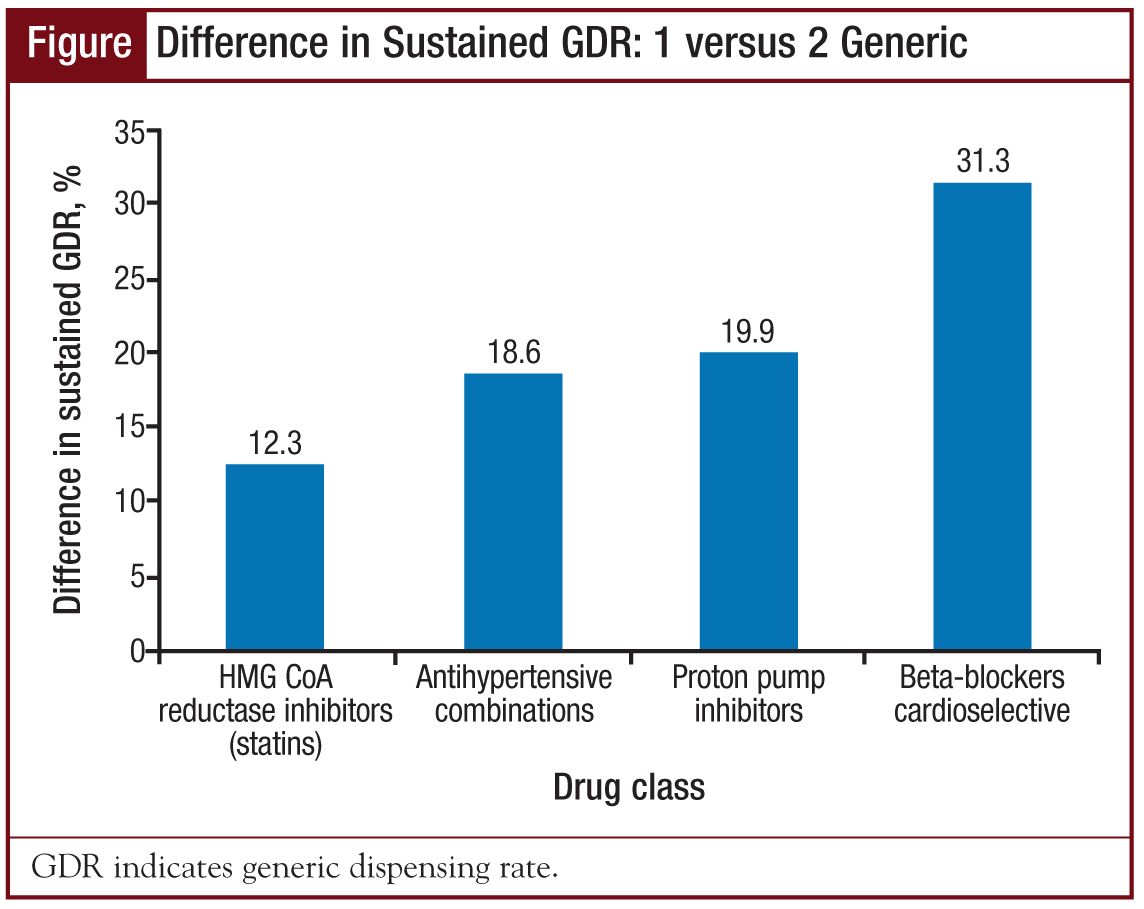 Among the leading 4 therapeutic classes (measured according to the number of generic adopters), sustained GDR for members who received 2 copay waivers was higher than for those who received 1 waiver (Table 1),with a 12.3% difference for statins, 18.6% for antihypertensives, and 31.3% for beta-blockers (Figure).

Among the top-10 targeted brand-name drugs (measured according to the number of generic adopters), the impact of 2 generic copay waivers was consistently greater than the impact of 1 single waiver: sustained GDR for 7 of them was significantly higher with the 2 copay waivers than with the 1 copay waiver (Table 2).

Conclusion
Among the top-4 therapeutic classes, and for most of the top-10 targeted brand-name medications, generic adopters who received 2 copay waivers by mail were more likely to continue taking generic medications than those who received 1 copay waiver by mail.

A longer observation period would have been ideal to determine if the program had a sustained impact on member behavior.

It is possible that if the program was made available to members at a retail pharmacy, a greater participation rate would have been seen among members. However, State Farm chose not to incentivize the use of a more costly delivery channel.

Further research is needed to identify the reasons why members who initially converted to a generic medication may have converted back to a brand-name medication after the copay waivers were used.