A report prepared by IMS Health for the Generic Pharmaceutical Association (GPhA) and released in July 2010 shows that the utilization of generics substituted for brand-name products has been making great leaps since 2006.1 The report spans the decade from 2000 through 2009, comparing the rate of generic utilization in each of the past 10 years, and highlighting the exponential rate increase in the past 4 years (Table 1).1 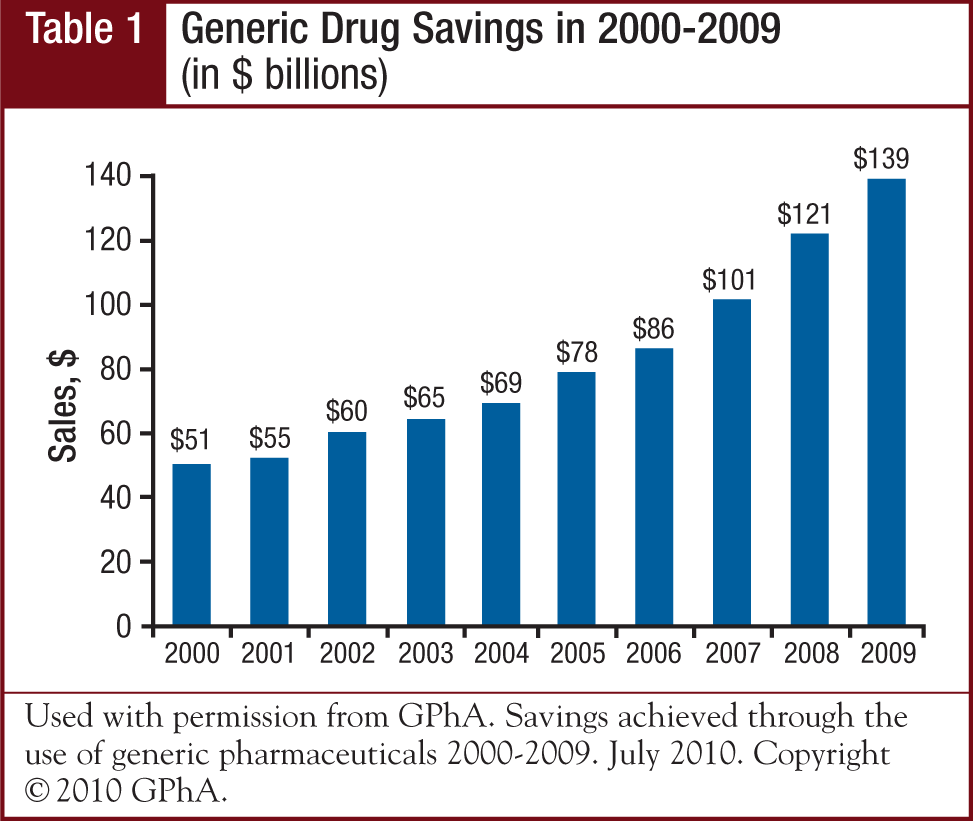 This uptake in utilization has resulted in savings of $139.6 billion in 2009 alone, representing a 15% growth from the previous year. Not only does this mean a significant cost-reduction to the US healthcare system, it also represents a substantial share—inching toward 50%—of the net US sales of all prescription drugs, which amounted to $300.3 billion in 2009, according to IMS.2

Some of the key findings of the new report are1: 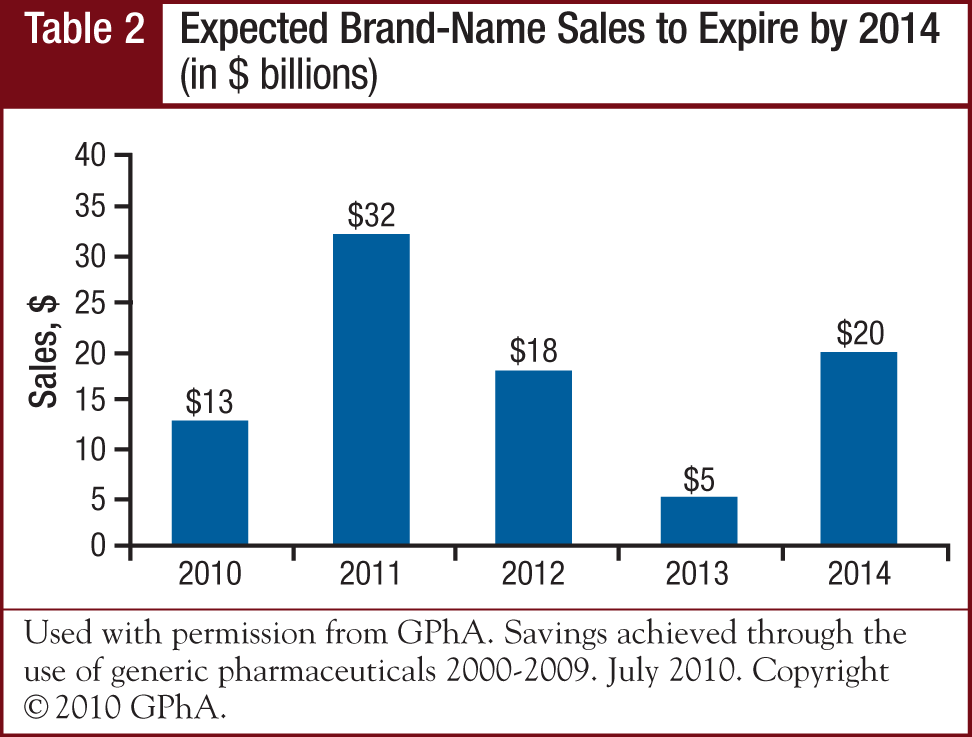 This growth trend can be expected to continue at least through 2014, as sales of top-selling brand-name agents will be losing their patent protection (Table 2), including 5 of the 10 best-selling pharmaceuticals—Lipitor, Plavix, Aricept, Singulair, and Zyprexa.1

Thus makers of generic drugs have their work cut out for the next 5 years, and payers can begin to design new strategies to capitalize on this enhanced cost-saving strategy. And those in charge of Medicaid state plans have room to implement new strategies to garner significant savings from improved generic utilization.