The first 100 days of the new administration have produced significant pieces of new legislation that include components of proposed healthcare reform, such as initial funding for comparative effectiveness research (CER). However, many questions remain about the potential scope of healthcare reform and how the new focus on areas such as comparative effectiveness will affect public and private health plans. 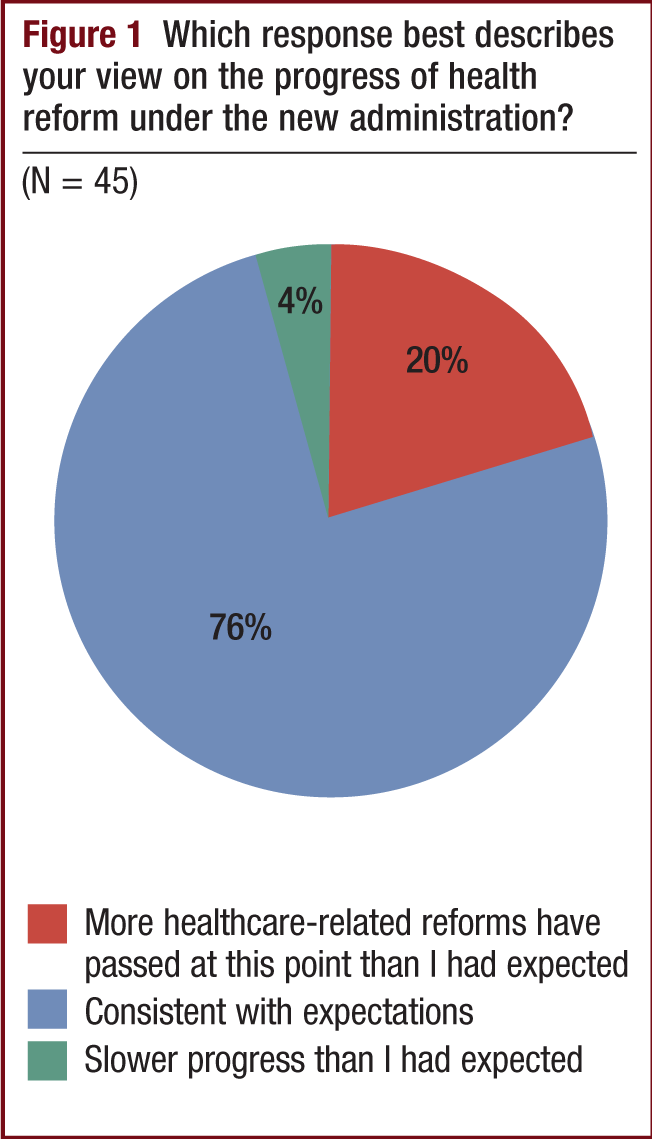 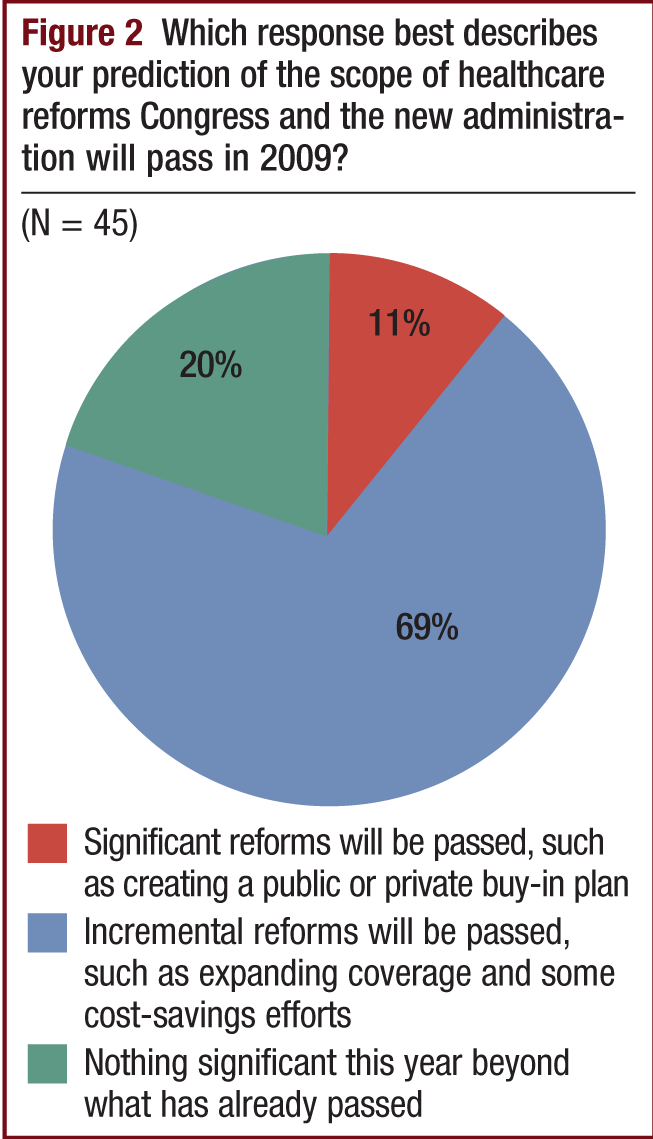 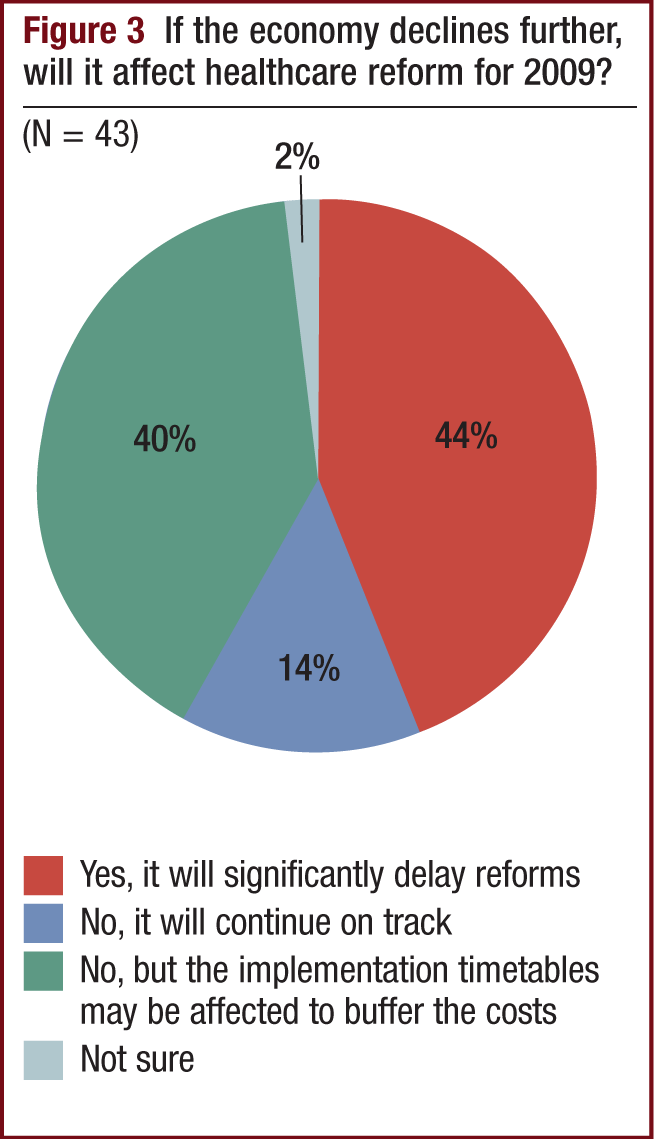 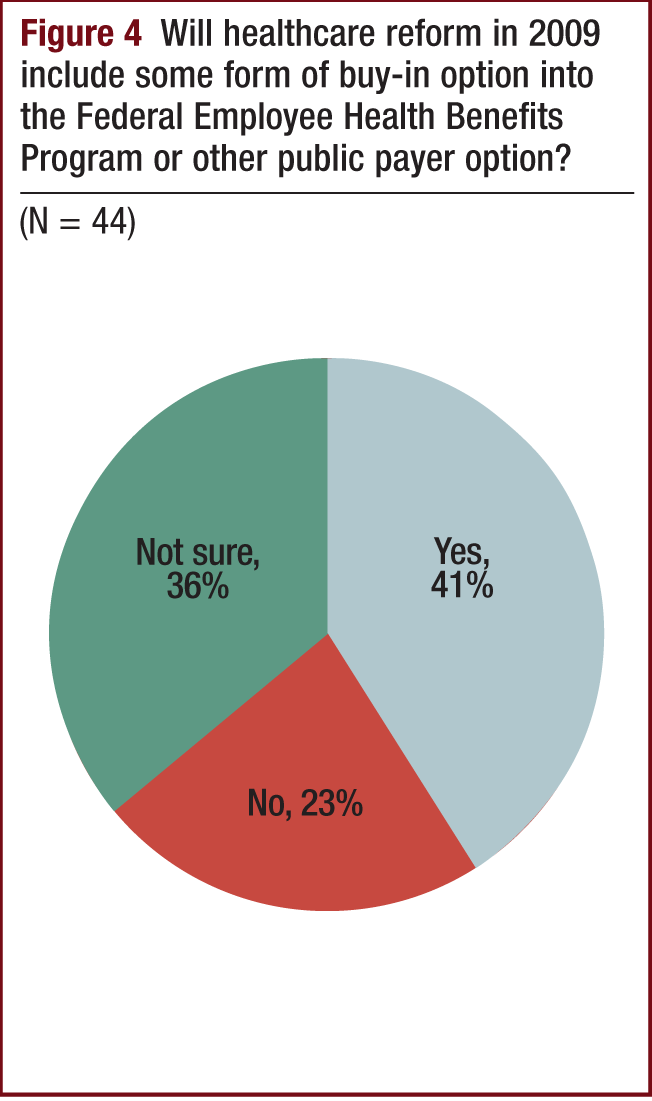 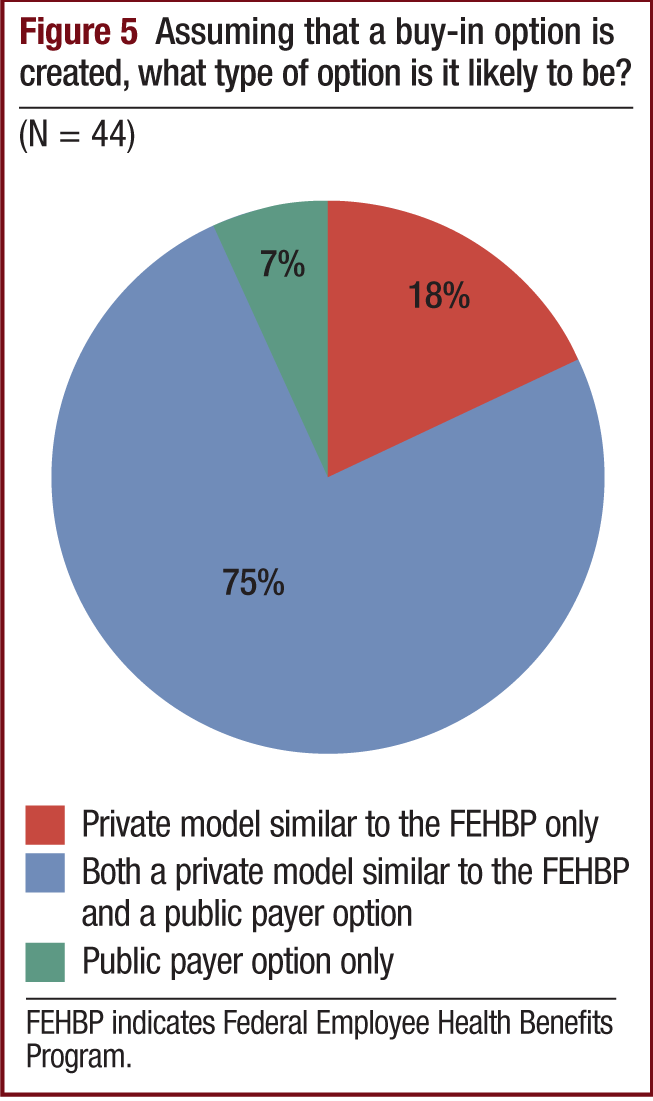 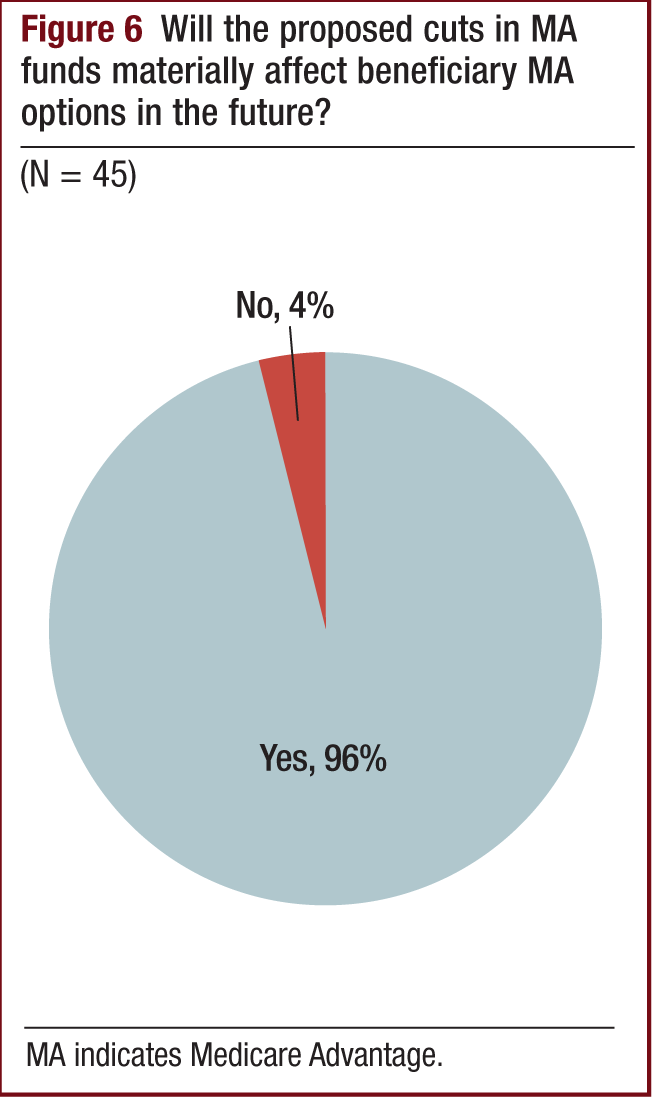 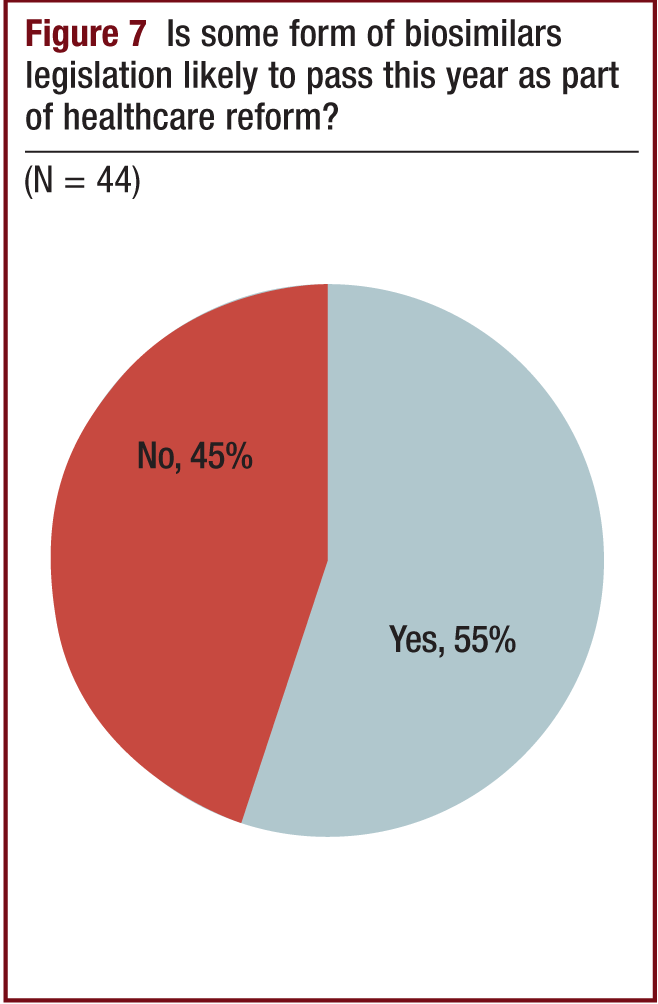 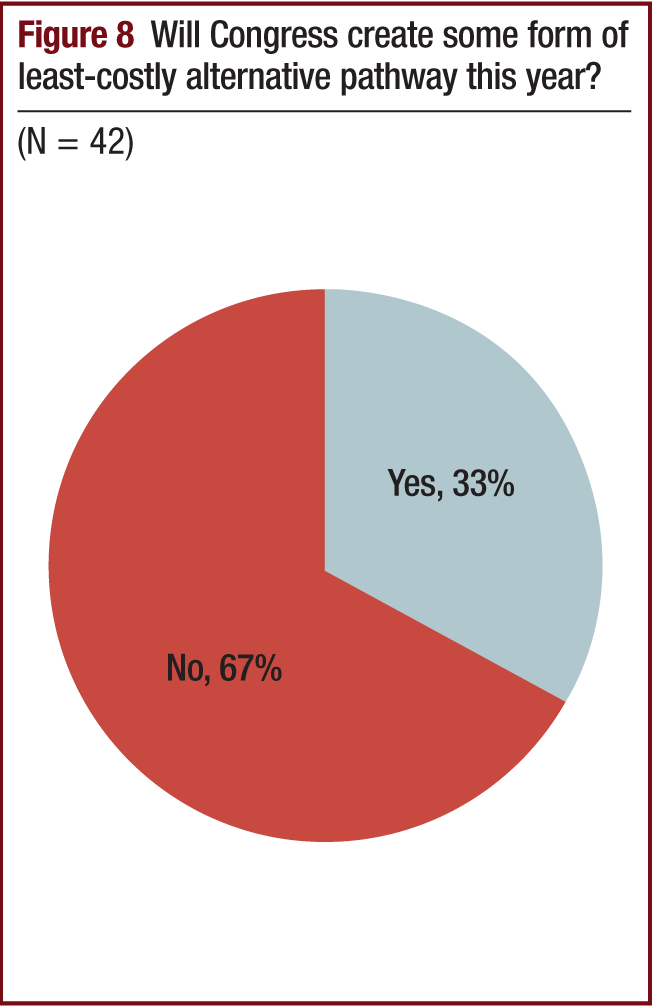 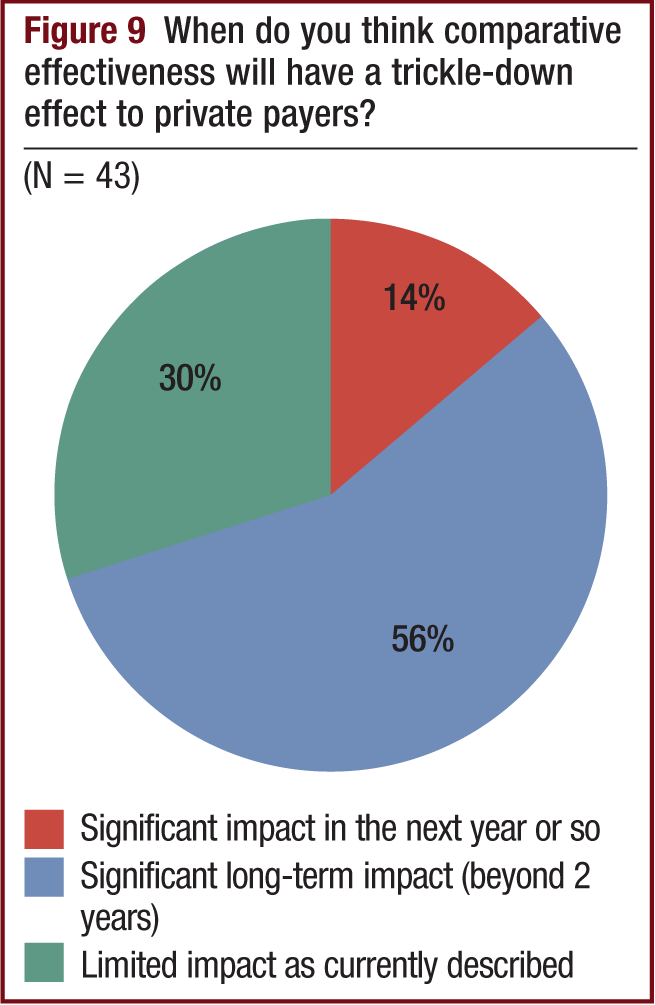 This article discusses some of the responses of 45 managed care leaders to a survey about their views and predictions on healthcare reform, and how their views have changed over the past year. These leading medical and pharmacy directors of health plans, pharmacy benefit management companies, integrated healthcare delivery systems, and other payer segments represent almost 200 million covered lives. The survey was conducted during the March 7, 2009, Managed Care Network (MCN) meeting in Dallas, Texas. The time interval is important, because this meeting occurred shortly after the new administration incorporated some components of healthcare reform in its initial legislative package. MCN meetings provide a quarterly live venue to conduct quantitative and qualitative payer market research, using anonymous audience-response on behalf of pharmaceutical, biotechnology, and medical device companies.

Despite growing economic challenges, healthcare reform remains a key component of President Obama’s goals for his administration. Several core components of his proposed health plan were included in the passage of the American Recovery and Reinvestment Act (ARRA; also known as the “stimulus package”), which was signed into law on February 17, 2009. The $787-billion stimulus plan includes key healthcare reform initiatives that support economic recovery and efficiency. ARRA directs nearly $150 billion to healthcare initiatives, the highest percentage of any industry receiving stimulus funding.

Of this amount, $87 billion will be dispersed to states in the form of increased federal matching assistance funds plus extra resources for “high unemployment” states. But significant dollars are also directed at core healthcare reform components, including CER, adoption of health information technology, enhanced protection of the privacy and security of medical records, and funds for the National Institutes of Health (NIH).

The responses of these 45 managed care medical and pharmacy directors were consistent with surveys completed before and just after the November 2008 elections, showing that managed care leaders expect significant reform over the next few years. The majority of respondents (76%) say the progress in healthcare reform has been consistent with their expectations (Figure 1). Overall, 69% predict that incremental reforms would be passed in 2009, including expanding coverage and implementing some cost-savings efforts; 20%think that nothing more significant would pass in 2009 beyond what has already passed (Figure 2). The uncertainty about healthcare reforms is clearly tied to the economy, with 44% of respondents predicting that further economic declines would significantly delay reforms (Figure 3).

But these managed care experts do not view the creation of a “buy-in” option to existing public programs as significant for the overall market. The buy-in option is one of the most controversial aspects being debated. Some health policy experts are focused on creating a public payer buy-in option, but others think this would create an untenable marketplace for private payers. The latter advocate for a private payer buy-in option potentially modeled after the Federal Employee Health Benefits Programs (FEHBP), an approach discussed during the 2008 elections (Figure 4).

The majority of respondents predict that if a buy-in option is created, it will include a private model (like FEHBP) and a public payer option (Figure 5).

President Obama’s proposed budget, which was released in March 2009, includes significant cuts to Medicare Advantage (MA) plans, following the president’s campaign proposals. The stock market reacted significantly to these announcements and their potential impact for private payers with MA plans, as the stock prices of the major MA companies fell sharply after the news. The survey results suggest that managed care experts believe cuts to MA plans will create significant changes in the plans (Figure 6).

An important area of concern for payers is the continued development of biotechnology (biologic) products and specialty pharmaceuticals. Embedded in this growing product market is the debate over biosimilars (or follow-on biologics), and how and when these alternatives may reach the market.

The survey included questions about healthcare reform issues relevant to biologics and specialty products. One of the most significant proposals being discussed today is legislation to create a regulatory pathway for biosimilars. Some 55% of respondents expect that biosimilars legislation will pass in Congress this year (Figure 7).

However, these payers are more skeptical about changes that could have a dramatic impact on biologics. MCN members were asked about the likelihood that a pathway for a least-costly alternative would be created (Figure 8). Such a pathway would provide Medicare and other payers with a means to limit reimbursement to the lowest-priced technology across products considered to be therapeutically equivalent.

Comparative Effectiveness Research Another area of interest in healthcare reform is CER, and how such information might be used in clinical and reimbursement decisions. The ARRA legislation allocated $1.1 billion for CER, which reflects the president’s commitment during the election to develop resources to support analysis and dissemination of health outcomes and effectiveness-related data. The ARRA funding will be used to conduct and support CER, to be overseen by the Federal Coordinating Council on Comparative Effectiveness Research. Funds will be distributed across the Agency for Healthcare Research and Quality, NIH, and the Department of Health and Human Services Secretary. The MCN respondents predict that CER will have a long-term effect (beyond the next 2 years) on private payers. No significant impact is expected until CER is first implemented for public payers (Figure 9).

The survey results suggest that leaders across private payers and managed care organizations see a greater potential for major healthcare reform than many other industry experts, including physicians and pharmaceutical industry leaders. As the debate moves forward, it is essential for healthcare leaders to continue to monitor any reform proposals and stay engaged in the policymaking process.