The United States is the only profit-motivated healthcare system in the world, and perhaps it is no coincidence that this country also has the most expensive healthcare of any nation. Americans spent $3.2 trillion on healthcare (almost $10,000 per person on average) in 2015, accounting for 17.8% of the country’s gross domestic product (GDP).1 According to actuaries from the Centers for Medicare & Medicaid Services (CMS), that number will increase to 20.1% of the GDP by 2025, as more people age into Medicare and consume more healthcare services. 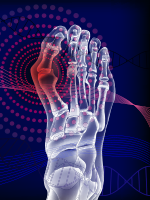