Is the Glass Half Empty or Half Full? First Study Compares Robotic-Assisted Surgery and Open Radical Prostatectomy

The first randomized trial to compare robotic-assisted prostatectomy with conventional open radical prostatectomy found no meaningful differences between these techniques in urinary and sexual function or in the rate of positive surgical margins in men with localized prostate cancer in the first 12 weeks after surgery (Yaxley JW, et al. Lancet. 2016 Jul 26. Epub ahead of print). The 24-month results will be published at a later time.

The take-home message from Yaxley and colleagues in this first-ever comparison is that, until longer follow-up data are obtained, providers should “encourage patients to choose an experienced surgeon they trust and with whom they have rapport, rather than choose a specific surgical approach.”

“In brief, both approaches have shown good early results, with minimally invasive benefits seen in the robot-assisted laparoscopic prostatectomy group. Urinary and sexual function are expected to continue to improve with time and, as such, significant differences in functional outcome between these surgical approaches might not become apparent until longer follow-up,” the researchers wrote.

Of the 326 total participants in the study, 163 men with newly diagnosed localized prostate cancer were randomized to undergo 1 of 2 types of prostatectomy between August 23, 2010, and November 25, 2014. A total of 151 patients underwent radical prostatectomy and 157 underwent robotic-assisted prostatectomy; 18 patients withdrew from the study. At 6 weeks and 12 weeks after surgery, the urinary function and sexual function scores did not differ significantly between the 2 groups. The investigators were not able to establish equality between the groups with equivalence testing on the difference between the proportion of positive surgical margins; however, a superiority test showed no significant difference in this parameter. Early postoperative complications occurred in 14 (9%) patients of the radical prostatectomy group versus in 6 (4%) patients of the robotic-assisted surgery group. Intraoperative adverse events were reported in 12 (8%) men versus in 3 (2%) men of the groups, respectively.

The duration of surgery, operating room time, and the amount of blood loss were more favorable with the robotic-assisted approach.

In an accompanying editorial (Mayer E, Darzi A. Lancet. 2016 Jul 26. Epub ahead of print), Erik Mayer, MBBS (Hons), PhD, FRCS, and Ara Darzi, MD, FRCS, FACS, of Imperial College London, England, suggested that the results should be interpreted as positive, “showing [that] the innovation has preserved the intended and well established purpose of surgical intervention, such as good oncological outcomes balanced against acceptable functional side-effects.”

Dr Mayer and Dr Darzi said that robotic-assisted surgery can reduce the trauma and invasiveness of surgery and can provide a platform for refining technology to improve the quality and safety of surgery.

Surgeons in the United States are divided about the benefits of robotic surgery, some of whom say that marketing has driven the adoption of the robotic technique in the absence of direct comparative data. Until the long-term results from this first direct comparison of these 2 techniques are available, patients with prostate cancer who opt for surgery as a primary treatment should choose an experienced surgeon with whom they feel comfortable, regardless of which technique the surgeon favors. 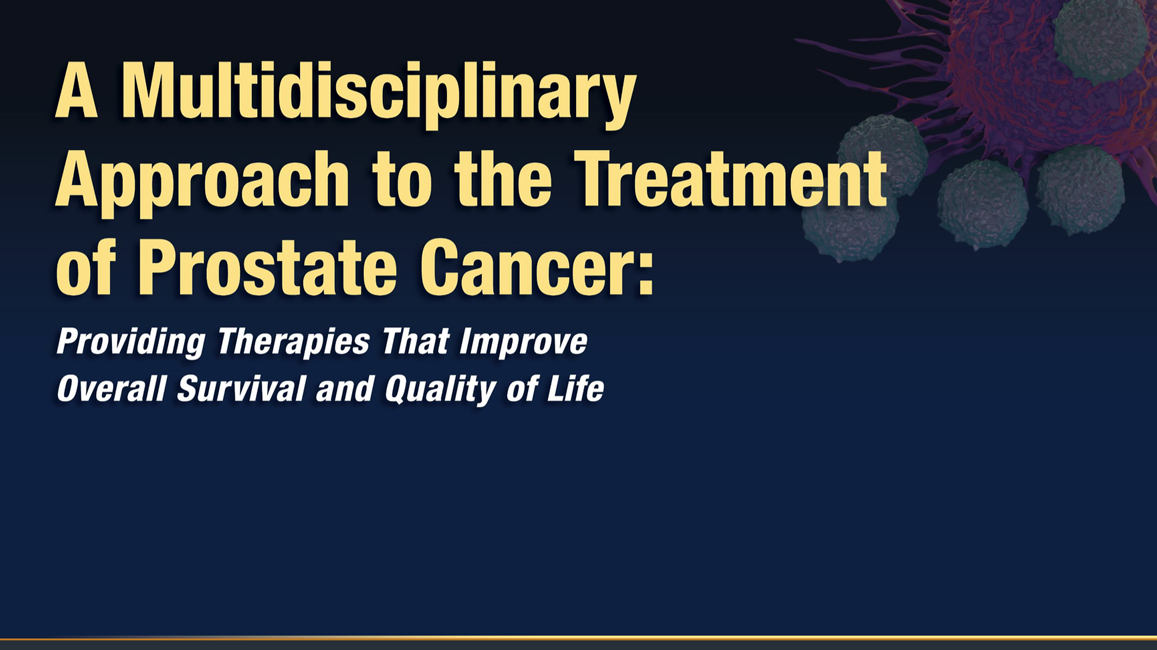  A Multidisciplinary Approach to the Treatment of Prostate Cancer: Providing Therapies That Improve Overall Survival and Quality of Life
Supplements published on May 24, 2017 in Prostate Cancer
Last modified: August 19, 2016