Hematologic cancers continue to gain awareness for payers. This is a result of the number of novel therapies recently approved by the US Food and Drug Administration to treat cancers that have few alternatives, as well as the growing number of expanded indications and use of combination therapies.

At the 2013 American Society of Hematology (ASH) meeting, data were presented supporting the clinical value of novel therapies and existing treatments. And just as important was the emphasis on cost-effective tests, treatments, and procedures. Several retrospective analyses evaluated cost-effective treatments through various lines of therapies.

One of the more popular takeaways was the list of unnecessary and potentially harmful treatments.

A total of 5 recommendations were presented at ASH 2013, all targeting the practicing of efficient, cost-conscious medicine by avoiding unnecessary procedures and treatments, including:

ASH will continue to develop evidence-based guidelines that will likely influence the quality of care; these guidelines will be useful for payers in medical technology and in pharmacy and therapeutics assessments.

Site of Service Affects Cost
Identifying the most appropriate site of service is common among payers. Given a choice to cover chemotherapy and supportive care within an office or clinic or in a hospital, the majority of payers will choose the office or clinic as the optimal site, based on cost alone. Carolina Reyes, PhD, evaluated the cost differences by site of service in a retrospective analysis specific to rituximab (Rituxan) infusions. With the use of medical and pharmacy claims, this study examined the use and cost of rituximab infusions in the treatment of diffuse large B-cell lymphoma. Of the 491 patients evaluated, 65% received rituximab in the office and the remaining 35% received infusions in the hospital setting. The follow-up extended through 30 days after the last infusion and included at least 7 months of therapy.

Advances in Therapy
At the previous meeting, much focus was placed on new treatments and investigational treatments for chronic myelogenous leukemia (CML). There has been a lot of postmarketing activity for second- and third-generation drugs for CML in the past 12 months. There has also been a lot of emphasis regarding appropriate testing at 3-month intervals, which may influence drug choice. At ASH 2013, one focus area was the pipeline for non-Hodgkin lymphoma (NHL).

SAR 245409 is an oral inhibitor of PI3K and mTOR. This agent has demonstrated efficacy as monotherapy in the treatment of relapsed or refractory follicular lymphoma in patients who had received a median of 3 previous regimens. Common adverse events included diarrhea, rash, and liver toxicities.

These PI3K inhibitors may bring welcomed treatment options to pa­tients with lymphomas. Payers will need to evaluate these new options among themselves, as well as compared with existing options, to determine their true value.

In addition to presenting data on new and existing treatments, several cost-efficacy analyses were presented at the 2013 ASH meeting. ASH should also be applauded for its “Choosing Wisely” recommendations, and its continued work to produce evidence-based guidelines. 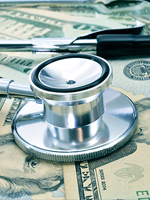 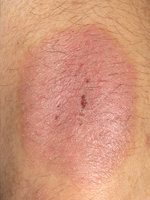