Implications of the Employer Mandate Delay on the Healthcare Marketplace

The Patient Protection and Affordable Care Act (ACA) imposes an array of new regulations on employers, as well as requiring them to report to government agencies about meeting those requirements.1 Among these new rules is a mandate that most employers must provide all full-time employees with a minimum coverage of healthcare insurance starting in 2014 or pay a penalty to the Internal Revenue Service (IRS). The ACA also requires employers to report to the IRS details of each employee’s coverage.

The Rationale for Delaying the Employer Mandate Until 2015
On July 2, 2013, the Obama Administration announced that it would not enforce the ACA employer coverage mandate or reporting requirements in 2014. Although the ACA and its associated regulations concerning employers remain in effect, the IRS will not enforce them until 2015.2,3

Ostensibly done in response to employer requests for more time to comply, the 1-year delay—officially termed “transition relief ”—is being done for a more complex mix of practical, political, and economic reasons.2

First, as employers wrestled with making the necessary changes to the employee benefits and the systems, employer groups heavily lobbied the White House to delay the coverage mandate and the reporting requirement. Employers were particularly frustrated with the long delays in federal rule-making and with the technical guidance.

Second, the ACA employer mandate is already having a negative effect on employment, as discussed below, with every sign of being a drag on employment as the nation headed into the 2014 election year. Although the ACA employer mandate is designed to help expand or at least to stabilize employer-sponsored coverage, the mandate and its associated penalty increase the cost of every full-time equivalent employee in any organization with more than 50 employees. That is, the law taxes full-time employment relative to part-time positions. The tax effect varies, depending on whether an employer already covers full-time employees.

This, coupled with the ACA’s 1-year look-back provision—where employer coverage practices in 2013 serve as a basis for demonstrating compliance for early 2014­—has motivated many employers to change their staffing mix in 2013 by cutting back hours, converting full-time positions to part-time positions, and by delaying hiring decisions. Whether we call this an unintended consequence or a predictable surprise, employers are economic actors, and they respond to costs and to incentives.

Third, the government systems were not going to be ready in time. Policy and politics aside, the information system challenges of the ACA are extraordinary. The law requires an unprecedented range of new systems and information technology changes at federal and state agencies, including the IRS, the Centers for Medicare & Medicaid Services, state Medicaid agencies, and the new health insurance exchanges.

Furthermore, these complex and varied systems—often built on antiquated structures that were never intended for ACA-like functions—must “talk” to each other, exchanging data that are essential to carrying out the health reform law’s key features. At a practical level, it means rapid interchange of information to support health insurance exchange operations, prescreening for Medicaid eligibility, federal premium subsidy applications, and enforcement of the ACA’s individual and parental coverage mandates and new regulatory framework for health insurance products.

The ACA creates a new framework for eligibility and for enrollment for federally subsidized health coverage that is available only through the new publicly run exchanges and for Medicaid in those states that opt to expand eligibility. From 2014 through 2023, the federal government is expected to spend approximately $1.8 trillion on the cost of this coverage expansion.4 Therefore, considerable importance rests on the speed, accuracy, and integrity of the process that individuals will use to apply for taxpayer-subsidized coverage.

That is one of the ways where employer reporting comes in. Via the IRS system, exchanges were to use information on the availability of employer-sponsored coverage to verify eligibility for government-sponsored coverage. Now, absent this information, exchanges and state Medicaid programs will need to rely on personal attestations—that is, they will need to take the applicant’s word for it. Although most applicants are honest, this does increase the opportunities for fraud and abuse. It also increases the risks for applicants, because once the information is available, the IRS can retroactively recover premium subsidies made on behalf of an individual or family, as well as impose a $25,000 fine.1

The delay does take away a financial disincentive, albeit for only 1 year, for employers who are dropping coverage. The employer mandate penalty—$2000 or $3000 per full-time employee, depending on whether the employee applied for the federal premium subsidy—is intended to discourage employers from dropping coverage and to add a new cost for employers who do not already cover full-time workers.1

In many ways, the ACA creates an incentive for employers to drop coverage and to shift responsibility to taxpayers and to individuals. Unlike before the ACA, under the ACA there will be the guaranteed issue, portability, no preexisting condition exclusions or annual or lifetime limits, adjusted community rating, a defined benefit package, a new individual market in the exchanges, Medicaid expansion in some states, and subsidized coverage for individuals and families who are between 100% and 400% of the federal poverty level (400% of poverty is approximately $94,200 for a family of 4).5 In other words, there will be a coverage option for employees other than their employers.

Most large employers are unlikely to drop coverage, especially in the near-term. However, small businesses with fewer than 500 employees and organizations without pricing power are far more likely to drop coverage or to reduce hours for their existing workforce. We knew that this was going to happen to some degree—before the delay, the Congressional Budget Office (CBO) projected that the ACA would translate to approximately 7 million workers losing employer-sponsored coverage6; but absent the penalty in 2014, changes by small employers and by organizations such as school districts will likely be accelerated. The CBO now projects that the delay in enforcement of the employer mandate will cause another 1 million workers to lose employer health coverage, with half of these workers gaining taxpayer-supported coverage and the other half joining the ranks of the uninsured.7

The bottom line is more, or at least a faster rate of, “crowd out” of private coverage by ACA dollars; in other words, more employees are moving from coverage paid with  private funds to Medicaid or to exchange-based coverage financed by public money. Again, this was going to happen to some degree in any case under the ACA. Crowd out is an economic certainty whenever there is a new or an expanded government benefit in a marketplace in which businesses or individuals already spend their own private money. The new public funding “crowds out” private spending. But the combination of “trust me” eligibility verification and temporary removal of a key disincentive to drop employer-sponsored coverage could be expected to increase enrollment in Medicaid and in the new federally subsidized exchange coverage.

What This Means for Employers, Health Plans, and Exchanges
Rapid advances in medical technology, including drugs, along with globalization are 2 “mega” trends driving a renewed interest in healthcare value determination by employer plan sponsors (employers) at the same time that they face the implementation of ACA, known as healthcare reform. The coincidence of these issues is not lost on employers, regardless of their size; however, size does make a difference in the way that healthcare reform was framed by Congress.

Large employers are directly affected by this delay. For large employers with more than 50 full-time employees, there are 2 main approaches to purchasing employee coverage—buy fully funded health insurance from a commercial health plan, or self-insure and hire an administrative service organization to manage the employer plan. In the market, these 2 categories have very different implications and choices to consider under the new healthcare reform landscape, so a delay of the employer mandate penalties for large employers that do not provide health insurance coverage becomes an impor­tant insurance strategy and tactical shift held out by the Obama Administration to employers.

At the same time, those commercial health plans or administrative services entities are closely following regulatory signals from the implementation of the healthcare reform and are making changes in response to their own business operations. Such changes can be subtle in some markets, but they can also leave other markets with little-to-no competition among plans.

Such unintended implications of this delay or other healthcare reform implementation mandates will have an impact on the future of employer-sponsored insurance through the end of this decade. It is important to note that these mandates are still law and will be enforced starting in 2015 (ie, employers still have to get ready to implement and make decisions about the mandate). Regardless of a delay, the framework remains, and large employers must make plans over the long run as to how best to offer coverage, or not offer coverage, as it relates to their business strategy, including the need for retaining or recruiting a workforce. More likely, this will be an easier exercise for private employers than for publicly traded companies.

In addition, because there are implications for commercial insurers both in and outside a public insurance exchange, it is important to cross-track both markets. To date, although each state will have an exchange, states differ in market rules and the roles of the federal and state governments. Most exchanges will be entirely federally operated, with the rest either run by the state or run through a federal–state partnership.7 Such wide variation in public exchange models, along with anticipated delays in operationalizing them, has caused many employers, large and small, to seek out a growing number of private exchanges.8

Conclusion
The implications of the employer mandate delay for private exchanges have yet to be fully determined, but despite the large delay, there is interest as well as continued growth in the number of lives covered through these group purchasing styles of entities.8

Healthcare reform is neither for the faint of heart nor for those who do not embrace change. With so many moving parts in trying to make changes in healthcare, it will be even more important to take our time to get this right, because actual lives hang in the balance. 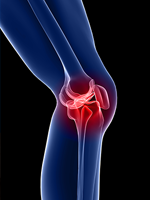