Since 2000, there have been approximately 822 compounds for the treatment of depression that are currently in various stages of development (Table 1). 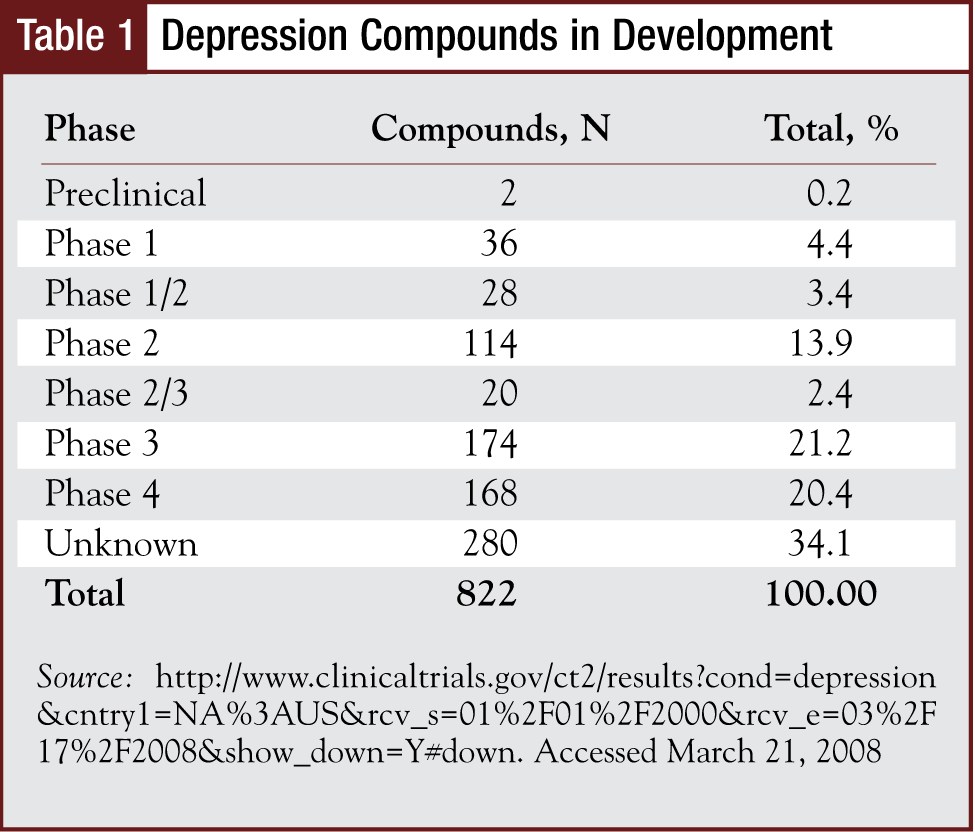 Depression frequently presents in association with a chronic illness in the general population. The presence of comorbid depression has been shown to be predictive of worse outcomes of the medical illness and of increased mortality.1 Major depressive disorder affects approximately 14.8 million (6.7%) of the adult US population (18 or older) in any given year.2

Depression has been associated with the following medical conditions: