The United States is the only profit-motivated healthcare system in the world, and perhaps it is no coincidence that this country also has the most expensive healthcare of any nation. Americans spent $3.2 trillion on healthcare (almost $10,000 per person on average) in 2015, accounting for 17.8% of the country’s gross domestic product (GDP).1 According to actuaries from the Centers for Medicare & Medicaid Services (CMS), that number will increase to 20.1% of the GDP by 2025, as more people age into Medicare and consume more healthcare services.1 Since the Patient Protection and Affordable Care Act (ACA) passed in 2010, the United States has succeeded in precipitously lowering our uninsured rate, but this progress has been accompanied by the unintended consequence of ever-increasing healthcare spending. An increase in insured individuals has led to a growth in demand for hospital services, doctors’ office visits, and prescription medications.1 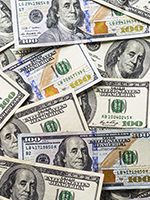